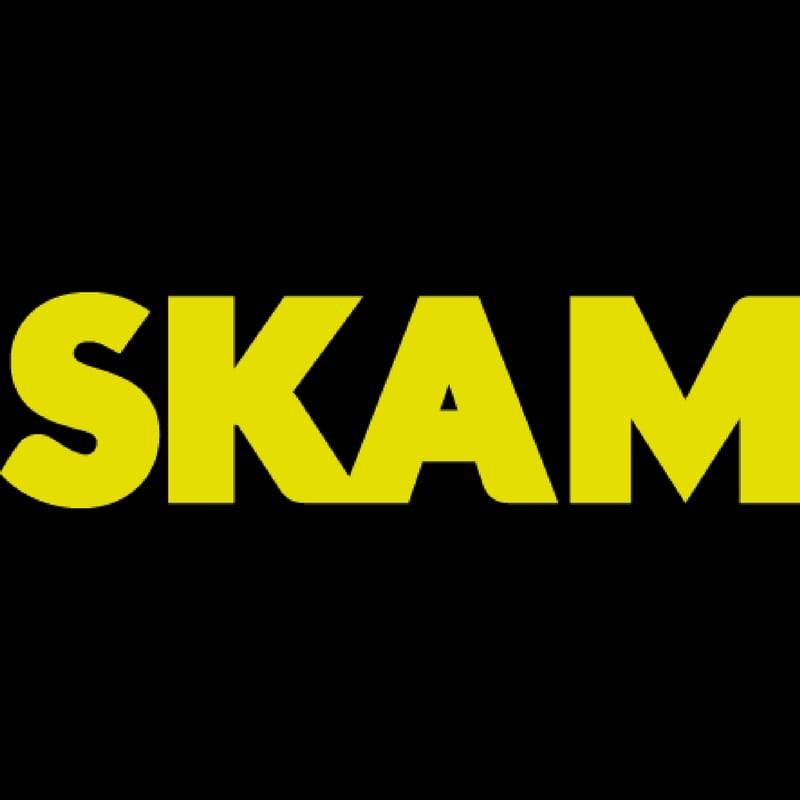 Well, summer doesn’t really bother about coming around any time soon. After yesterday’s snow I decided I might just as well cuddle up with tea, a cozy blanket and binge-watch some series. While I am normally not easily addicted to series, three of them actually really got me hooked badly recently.

The Norwegian show was planned out as an educational program for teenagers, and here I sit, a woman in her early 30s, completely addicted. That show is so, so well made! The topics are chosen wisely: first love, first time being heartbroken, eating disorders, integration, finding yourself and so on – it is all so relatable. Well I am way past being the target audience, however what SKAM managed to do is giving me proper flashbacks to my school days. Giving me a flashbacks to all those intense feelings. Remember your first time being heartbroken, when you felt the world is ending and there is no chance for you to ever laugh and love again? Or having a big crush and whenever he walks by your stomach makes a flip, your heart is bursting out your chest? These feeling, SKAM makes you relive them. The good ones and the bad ones. Each season (the forth was just released) is dedicated to one character: The first one was Eva, the second Noora, the third is Isak and the forth Sana. Each character is struggling with something. With Eva we go through the first big love, the first relationship and worries. Since I do not want to spoiler anything here, I rather not tell you which issues the other seasons are dealing with. The episodes are all rather short, between 18 and 25 minutes, though occasionally there is a longer episode. They were always aired at different times, so for example when the episode was playing at a party late in the evening it was aired late in the evening as well, so the viewer always got to watch the episodes in the right context. In case you get just as hooked as me, make sure to pay extra attention to Noora’s style, which many tried to copy thanks to the show. Also really worth checking out is the Instagram-Account of Ulrikke Falch, who plays Vilde. She is hilarious, so authentic, empowering and a true original.

Diva is the female version of a hustler. It took me two hours and fifteen fake lashes to look like this. Det gidder jeg ikke as

The series is already controversial, since it deals with suicide in a very explicit matter. Psychologists, media theorists, child-wellfarers etc are concerned that teenagers will follow the show’s example and also commit suicide due to a romanticized image of suicide. However I don’t agree with it, I hadn’t had the feeling that suicide was romanticised at all. Quite the contrary, it gave me the feeling that all of us need to take better care of ourselves and the people around as. I understood the show more as a reminder to live a mindful life. The main character is 17-year old Hannah Baker, who commits suicide following a series of bullying. She leaves 13 tapes to explain the reasons why she killed herself. The viewer gets to know different people that played a role in her life, mainly classmates from school. As a viewer we constantly jump back and forth between retrospective and present, which sounds confusing, but the directors managed to make it very clear in which time we are at the moment. Since I love discovering songs through soundtracks, this soundtrack is really worth listening to. It is incredibly well assembled and transports so much emotion. Large parts were handpicked by Dylan Minnette, who plays Clay in the series. There are hauntingly beautiful songs like „The night we met“ by Lord Huron and upbeat „Love will tear us apart“ by Joy Division. If you are as obsessed with finding out, when which song was played, check out this article on Radio Times.

P.S.: The director Brandon Larracuente also plays a role in the series: Jeff!

I probably don’t need to stress it again, that for me a series‘ soundtrack largely decides if I love it or not.  The soundtrack of Big Little Lies takes you onto a journey and I am sure you will recognize one or the other song. One particular song to check out is the theme song: Michael Kiwanuka’s „Cold little Heart“.

The story is set in Monterey in California in a little seaside town. It is very residential, though for people with big bank accounts. Just looking at their houses, cars, their lifestyle, makes it pretty clear, that the families who live here aren’t ordinary. Basically it is about the life of several families, whose children go into one class. There is tension, there is love, there is bonding and there are war-declarations. Although there have been clique’s already, tension gets intense when Jane Chapman and her son move to Monterey to start a new life. We get to know each family, the family members and their issues, both with themselves as also with others. This show is seriously addictive and has it’s very own humor. By the way, the HBO-miniseries (only 7 episodes) comes along with an incredible cast: Reese Witherspoon, hunk Alexander Skarsgård, Nicole Kidman, Laura Dern, Zoe Kravitz and many more. As Reese Witherspoon just confirmed there will be the chance of a second season and I couldn’t be more excited!

#TBT to filming the final episode of #BigLittleLies with these wonderful ladies 💖🎬 #ElvisAndAudreyParty #BehindTheScenes #OnSet A post shared by Reese Witherspoon (@reesewitherspoon) on Apr 6, 2017 at 2:35pm PDT